GENEVA: Lance Armstrong failed in a bid to find out in advance whether he would be banned for life and lose all of his major victories, according to world cycling chief Pat McQuaid.

The International Cycling Union (UCI) announced last Friday they would be making an announcement regarding Armstrong on Monday, and immediately its president, UCI chief Pat McQuaid, received a surprise message.

“He (Armstrong) heard we were having a press conference and he sent me an sms (text message),” he told reporters here Monday follwing the UCI’s “landmark” announcement.

“I rang him and told him, ’I’m having a press conference on Monday and we’re announcing our result’. He asked me what that would be and I said, ’I can’t say, we’re still working on it this weekend’.”

The UCI on Monday effectively erased Armstrong from the cycling history books when the body decided not to appeal against sanctions handed to the American by the United States Doping Agency (USADA) for serious doping offences.

Armstrong, who never tested positive, will now lose all of his results from 1998, the year he resumed racing after succecssfully battling cancer, and a year before the first of his seven consecutive yellow jersey wins.

Asked whether the sport would ever accept Armstrong back to the fold in some capacity, McQuaid did not seem optimistic.

“It depends whether or not he came clean (confessed) and if he was prepared to work with the sport, but he’s done a huge amount of damage to the sport.

“But my understanding is that he has no interest in the sport anymore, he’s got his other stuff to work on.” -- AFP
M

"I'm not saying Phinney is guilty by associating because he rides for Rihs, is coached by Lim and managed a McQuaid. But some people apply that logic freely to other riders and conveniently forget about him and similar riders." - hemlig 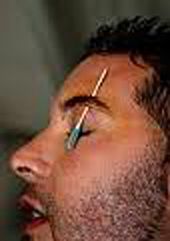 Livestrong: HOW TO TEACH MORALS TO CHILDREN
K